“We are all in the gutter, but some of us are looking at the stars.”- Oscar Wilde

Java’s great prophet Jayabaya has been compared to Nostradamus in the Western world, he lived 400 years before Nostradamus and a Hindu king in Java whose importance in the history of the archipelago now known as Indonesia, and well known for his prophecies, particularly regarding the future of Java. Jayabaya at his prophecies often ask people look up at the sky and see the sign from space.

The study of astronomy often is arguable as the first science. People have to make sense of what they saw in the sky and feel on earth, and use it to make sense of the rest of the world. They studied the movement of celestial objects, the changing of earth, to help them keep time, determined the principles of leadership and community, navigating and planting, moving and migrating  and to predict and explain terrestrial events. 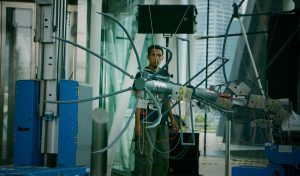 Nowadays astronomy plays an important role in daily life and the most important reasons to study astronomy is that astronomy seeks to satisfy our fundamental curiosity about the world we live in and how was the universe created? Where we come from? Are there any intelligent life forms?

Astronomy constantly reminds people of two seemingly contradictory things, First the universe is infinite and we are of but the tiniest fraction of importance. And second that life is rare and precious. A home as beautiful and unique as earth does not come often. We must protect it.

The works will make a preposition of using today’s technology for diy astronomy. Using the concept of biomimetic nano-antenna arrays: designing sub-wavelength angle-sensing detectors at optical wavelengths to create an astronomical experience in navigation and migration. 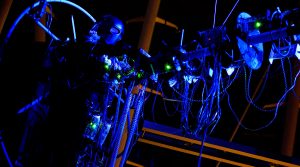 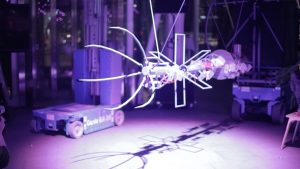 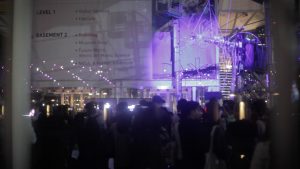 Biologically-inspired coupled antenna arrays that mimic the hyperacute sense of directional hearing of certain insect species have recently been reported and several prototypes of such antennas have been experimentally characterized at microwave frequencies. The concept of a two-element biomimetic antenna array is extended to optical frequencies and a new design for a two-element nano-antenna array that can act as a sub-wavelength angle-sensing optical detector is presented. The main feature of the proposed sub-wavelength detector is that it can be used to perform angle sensing without the need to perform coherent measurements at optical frequencies. This is particularly important at infrared and optical frequencies where conducting phase coherent measurement is challenging. The principles of operation of the new nano-antenna array along with the design and simulation results of a prototype are present as an astronomical experience to human to determine their migration and navigation. And seeking for the possibilities of interstellar migration.